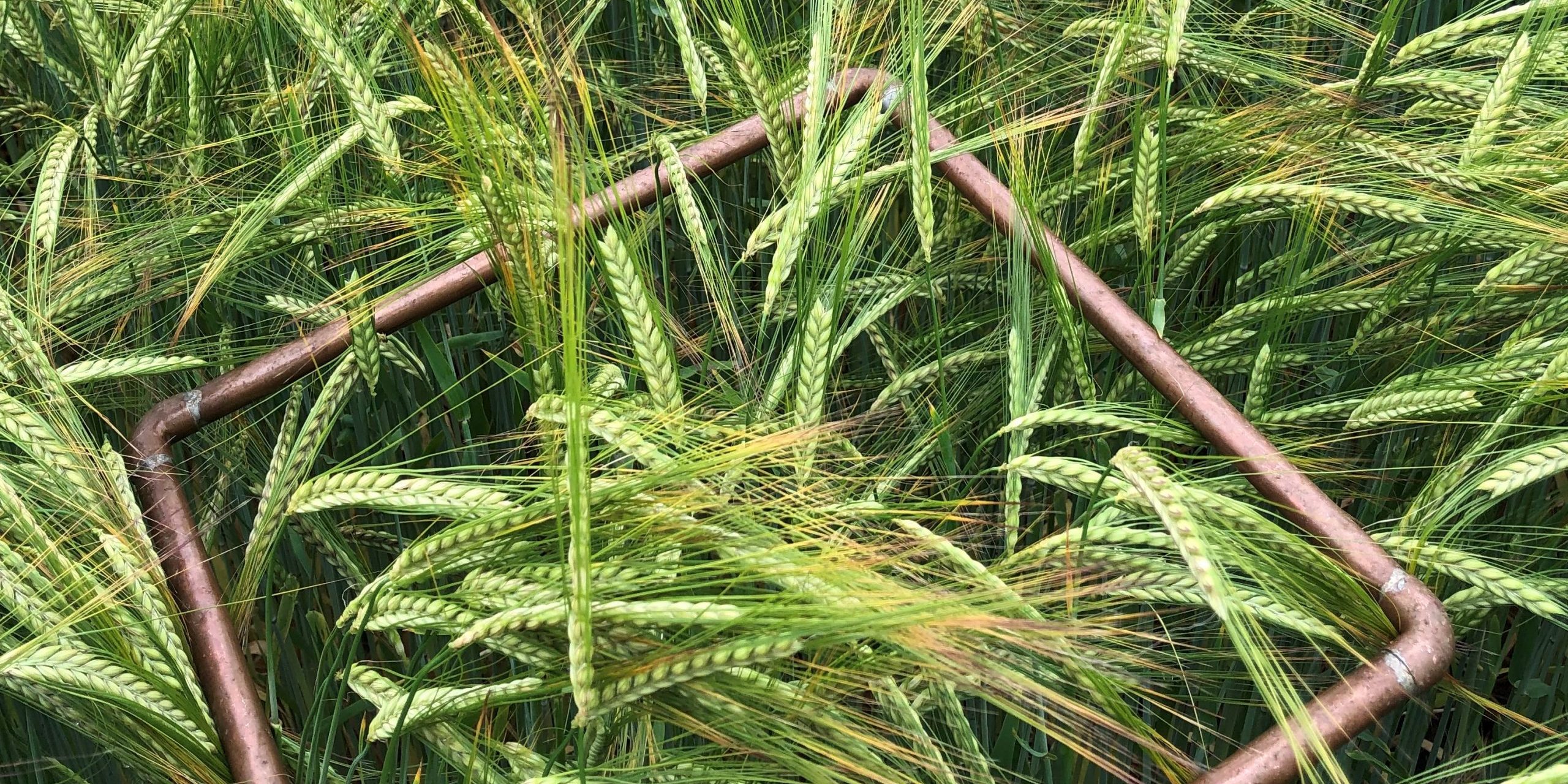 Across our four farms in Catalyst Farming, seed rates have been lowered by 10-20% on all winter cereals. The decision to lower seed rates marginally compared to previous years was guided by our better understanding of how seed rate, plant population, drilling date and tiller populations effect yield.

Counting up the evidence

By recording the plant and tiller populations in the early spring and then coming back to the same locations again during flowering to record the tiller/ear numbers, we were able to gain a better understanding of tiller survival.

After harvest, the yield of each site was recorded from the combines’ yield monitors, which are all regularly calibrated against the weighbridges. The yield, plant population and tiller survival data were analysed and then presented to the four farm teams to discuss.

Our information informs our change

What we could see from our data was that areas with lower plant populations had a higher tiller survival rate which also correlated to high yields.

We decided that slightly lower seed rates would be used on early drilled cereals that were going into good seedbeds. We also decided that similar data will be collected again in the 2021 growing season to improve our understanding even further and monitor the effect of our decision.

Improving the utilisation of our farm machinery
February 23, 2021

Using weather data to save on inputs
February 23, 2021
Our news
Go to Top